In his book, “The Game”, best-selling author Neil Strauss documented his real-life journey of social transformation. His book starts out with Neil’s description of himself, as a guy who is five foot six, thin and balding, with a fairly successful career and a major problem; he couldn’t attract women.

As many people do when faced with a problem that they can’t solve, he got online and began a search for answers. This search led him to finding an infamous community of pick-up-artists, who took Neil under their wing and schooled him in the skills and mindsets of how to pick-up women. Neil changed the way he saw himself and the way he dressed; he learned new ways interacting with women individually and behaving in groups. He practised what he learned a lot..

The book is rich with examples of smart social psychology… before talking to the girl he wanted, he’d orchestrate situations to make sure she got to see him surrounded by other women, so he’d appear to be in demand… on dates he’d bring her to several different locations so she’d have the experience of leaving and arriving with him again and again.

After much dedicated learning, Neil became a the guy who was able to attract and date many of the hottest women he met, including A-list celebrities. A few months after his book became a best seller, he sold a set of 8 DVD’s for $4000 each (online) grossing $1.4 million in a couple of days, to guys who sought to follow in his footsteps.

Many marketers are now faced with the daunting prospect of going through an equivalent journey of social transformation as Neil Strauss. Due the evolution of possibility, driven by technology, the rules of the game of business and marketing have changed. The connected, information rich environment we live in today, means you now are marketing to “Consumers 2.0”; individuals who have learned it pays to be proactive, who have discovered that a little bit of searching online can save them a fortune and help them find solutions to unanswerable problems.

Consumers now input more information, via more channels, than ever before. As a result, the latent psychological ability of humans to recognise patterns they are repeatedly exposed to has led to consumers becoming increasingly conscious that most marketing messages, by nature, involve a conflict of interest, and by default, shouldn’t be entirely trusted. They have developed a kind of evolutionary scepticism and distrust of and desensitisation to traditional marketing. The patterns of influence, used by traditional marketers, are losing their power.

The effect of the evolutionary, information-rich environment, where consumers have more access to knowledge and choice than ever before, is they often experience too many choices information overwhelm and overload. As many people do when faced with a problem that they can’t solve, modern consumers get online to search for answers. With a natural scepticism of anyone who is trying to sell them stuff, they find they can get often more trustworthy advice from the individual and collective wisdom of their peers, who share their experiences without a conflict of interest. For many, the efforts of consulting this body of knowledge is negligible compared to the rewards of making better decisions. Consequently, social media (and enabling technologies) fundamentally change the decision-data upon which consumers base their choices, which in turn changes the way consumers make decisions.

Modern consumers often find it socially satisfying to upload and share the results of their decisions with each other, creating an ever richer body of knowledge online that, in aggregate, functions like a giant decision-support-engine for overwhelmed consumers.
Forces combined, the increased number of channels through which consumers are connected together, the decreased cost and effort required to share information, a growing trend of consumers who advise and take lead from each other, and a growing body of knowledge that enables consumers to make more satisfying decisions, creates a self reinforcing feedback loop. The power of this feedback loop erodes the effectiveness of traditional marketing, and disintermediates traditional marketers from being the centre of gravity of consumer influence. (This phenomena has mystified most traditional marketers who have discovered their campaigns just aren’t as effective as they used to be).

A New Mindset For A New Model Agency

If you’re a marketer or executive who’s success and way of thinking is based upon influence techniques that worked in 1996, who frowns upon Facebook, who doesn’t know what a sequential auto-responder is or how to see the number of searches in Google that take place in Ireland on any given month for a specific phrase, you need to update your skill set and mindset or sooner or later, your campaigns will appear as out of date as a mobile phone from 1996. If you only have a bluffers knowledge of social media and interactive marketing tools, don’t be surprised if the market finds your attempts to influence them to be unattractive.

Fortunately, there is an upside and a massive opportunity. Progressive businesses and marketing agencies can use the same tools consumers consult, to gather decision data that enables them to do business better, and then social media tools, to make this visible.

For example, if you read all the reviews on Amazon of products sold in your niche, you can glean insights that can help you make better products in the future, and see the language consumers are using to describe their preferences. The insights gained, together with other online research, can be used to inspire 20 different headlines or slogans for future products, that you can then scientifically test via AdWords, with negligible effort and expense, to determine which one gets the best response. You can feed this back into your social media campaigns and how you describe what you offer, and then use statistical like Google Analytics tools to micro-calibrate the effectiveness of every aspect of your campaign. By learning how to interact with individuals and groups, assisted by modern marketing tools, you can perpetuate a great conversation with your market place that builds trust on consumers terms.

Neil Strauss transformed himself through immersion, learning and dedicated practice. You can transform yourself by searching for answers online, and learning from those who get the best results in 2010. You’re encouraged to be sceptical, and consult the wisdom of your peers by reading discussion forums and blogs and reviews and watching instructional videos galore. You’ll learn as much by participating as you will from inputting information. To be really effective, you need to make smart, data-driven decisions to do business better, and use modern tools to semi-automate your interactions and measure your results and track what your competitors are doing so you can constantly calibrate what is working. Just like Neil Strauss, if you succeed in this challenge, you too can experience satisfying relationships with your customers and make millions online.

(as published in The Digital Times) 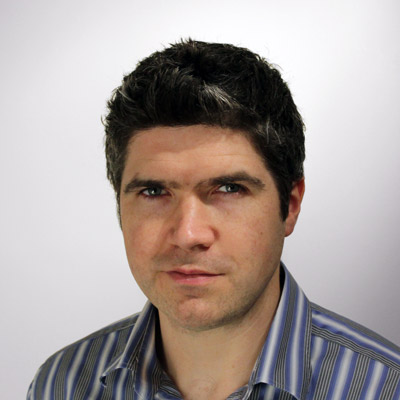 Fascinated by the future and how to create it and everything technology and psychology has to do with that. Modern tools give us marketing super powers. Harnessing those requires a deeper understanding of people and society.

I help CXOs and Business Owners build better understandings of complex technologies, psychology and society while managing their blind spots.